The Algorithm Based Future of SEO 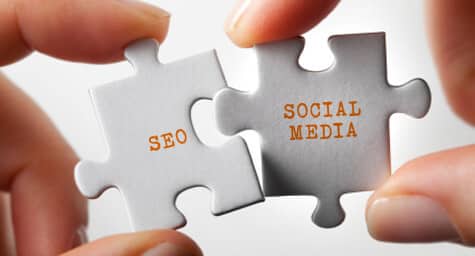 To search from where? Google, Bing, DuckDuckGo, etc. and search is the criteria of SEO (Search Engine Optimization) was the only means to have your website reaching out to millions. Google search came up along the years with loads of innovations towards the same. But as Facebook and other Social Media giants spread their wings the SEO started taking a slightly backseat.

Initially with a handful of search and email providers it was a non-centralized operation on the internet. Today with well-streamlined Social Media and platforms introduced that sport online selling and hyperlink + hashtags optimization techniques, leaving in the user’s hands themselves. The concept of SEO began getting setbacks a few years ago.

Today with online stores who do the optimization themselves for their own market share, like Shopify, Amazon’s online Apps, Apps which Startups get developed for their customized needs, SEO may not be the only way to improve your website’s traffic and insights.

Enters the third-party SEO optimization for Social Media platforms. Working on Algorithms has produced dramatic and unique results catered to user individuality. This is part of data collection. And it pays off in myriads of terms.

Newsletters being generated within minutes and being sent off to relevant email customer base was never easier than it now is. Take Mail Chimp’s example in creating a Newsletter within minutes. We will discuss the tutorial separately in another story.

Search Engine Optimization is necessary when a company needs a knowledge panel and map directions, etc. (things that pop up to show search insights) – although, now maps are an independent feature which can be integrated into any Social Media Platform. The years to follow may see a severe rise in Social Media Algorithm based Search Optimization than just sticking to Google AdWords and Alphabet’s persistence in SEO management.

Moreover, Alphabet (Google’s parent concern) itself has dipped its fingers in Social Media-Algorithm based Optimization and when giants like Facebook, Microsoft, Google diversify they do it in such manner that keeps the monopoly yet holds the legacy market. In simple words SEO will not go out of style. It will only evolve for major concerns being able to spend amounts dictated by Search engines.