When HawkEye cricket and tennis monitoring technology emerged it revolutionized everything in the courts and the stadium. There is no stopping of technology in the arena of sports and cricket being the choice of almost 2/3 of the world had to benefit using all possible methodology.

Since good old days in the 1990s, the cricket ball speed used to be a thrilling stimulation for the audience at the stadium and at home. Ball Spin and RPM Revolution Counter is a similar induction in the field of cricket. The concept is not a simple one like Pitch Vision and others. This technology is borrowed from aeronautics in turn implemented in golf as the entire game of golf revolves around the golf-ball and club swing. 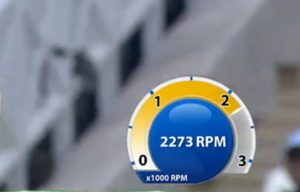 In cricket, the old days saw ‘sound and motion sensing’ technologies alone doing the job. However, the required precision lacked. For precision of ‘FlightScape’s 3D Doppler’ was employed.

The Doppler tech came from the Tee’s of Golf and made a much-needed difference in the Cricket world. The 3D Doppler measures Spin Rate, Spin Axis, Carry Distance, Roll, Total Distance, Lateral Landing, Apex Height, Flight Time, Shot Dispersion and swing related measurements in golf. Same applies in cricket with phase detection and a dual sound and motion sensor attached to the camera with another sensor on the pitch to align the perfect revolutions and spin rate.

The technologies used in cricket ball revolution counting still have no given statement from Sky Sports as sources quote. However, the conclusions and implementation of the above-mentioned systems are the only methods that are or can be used.

Future of cricket balls would include a sensor in the ball similar to the evolving smart-golf ball, now about to be the future.

Cricket – From Skycam to Spidercam