By Ayaz Malik
0
Share:
Initially when Lenovo took over Motorola in 2014 it apparently did not seem to meet the high expectations both from the users and critics. Things changed and as time rolled by, the results came out turning Motorola once again into a household name it used to be.
Today, Motorola is one of the preferred brands by many and it meets every expectation of the customer. Every year Motorola comes out with an array of fine smartphones to choose from. 2018 has proved to be a good year for the company where it has stocked a line-up of various new handsets to suit the needs of every user and their pockets respectively.
We took our time to indulge in the pleasure it was to get to know some of the devices in this year’s line-up of Motorola phones. Here is what our findings were and we think of them pretty satisfying – all rumours, leaks, spy-shots and info sewn together – and impressive overall as it seemed.
Let’s start from the flagships downwards.
Moto Z3 and Z3 Play
Topping the list of Motorola’s most wanted we start with the flagship. The much desired and rumoured Moto Z3 and Z3 Play. These are the power packed smartphones as the rumour mill has it.
Z3 is the powerhouse and Z3 Play is toned down for affordability. Boasting a 6 inch FHD+ display – at 441ppi – ( 18:9 aspect ratio) with the slimmest of bezels. Assuredly the fingerprint scanner will be on the side making it much more convenient along-with a face recognition feature too which is very likely to be there as it will be running Android Oreo or Android One. To match the chipset race a Snapdragon 670 or 630 is definitely expected with 6 GB RAM.
The leaked shots of the Moto Z3 and Z3 play show a Moto Mod of 5G branding. If the shot means anything it surely suggests that the Z3 will be running 5G data speeds.
Moto X5
The X trend seems to have picked up more then expected so-much-so, it personally feels a bit boring, name-wise. Motorola X series will be unfolding the X5 sometime mid 2018 expected after Samsung’s rumoured April launch of S9 to compete in the price arena and sell more sets like they usually do.
It won’t be a 5G phone but nevertheless not less than the flagship Z3. 4 Gigs of RAM, a 5.9 inch FHD+ display, a powerful 3300 mAh battery, expectedly a dual sim, dust and water resistant IP68 certified, an aluminum shell slimmer than its predecessor, the X5 may make its mark if it sticks to these specifics, especially with a dual front cam similar to that of HTC U11.
Rumours of Moto Smart AI makes it even more alluring. The fingerprint sensor may well be underscreen. Too early yet to say but as far as the mentions go X5 will be a serious phone to take note of. 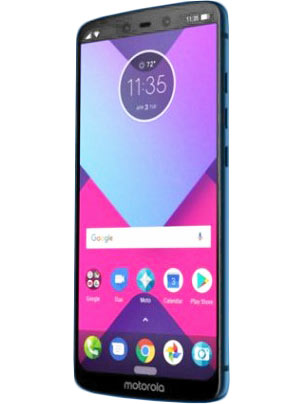 Moto G6 – G6 Play – G6 Plus
Motorola G series – which became the most popular since the moment it was launched in 2013 to date – continues to be the phone of choice where budget versus performance and features come in.
This year there are 3 Moto G’s to choose from namely G6, G6 Play and G6 Plus. Already a lot of people are talking about them in anticipation of acquiring one as it is packed with all the most essential features and is extremely budget friendly – budget being the keyword in Moto G Series.
The Moto G Series is now all glass design like the X4. The G6 Play will have a 5.7-inch FHD+ (16:9 aspect ratio), mega 4,000 mAh battery, Motorola dimple that will double as a rear-mounted fingerprint sensor. Colours to choose from will be Charcoal, Deep Blue, and Gold obviously.
The G6 and G6 Plus both boast a 5.7 inch FHD+ display (18:9 aspect ratio). The G6 Plus adopts a 5.93 inch screen. Resolution of both will be the same. G6 embeds a Snapdragon 450 processor,  3GB or 4GB RAM, 3,000 mAh battery, 32 or 64GB storage, 12MP + 5MP rear cameras – 16MP front camera.
The G6 Plus makes a power boost with a Snapdragon 630 with up to 6Gigs of RAM, 1.4um pixels on the rear camera and it is Splash Resistant. Rest of the other specifications on this handset are the same as G6. Moto G6 Plus however, will be a little expensive but not overly priced, hopefully. 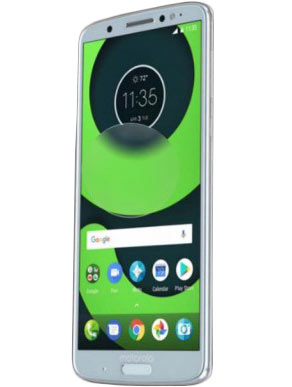 Moto E5
Here’s your pocket friendly handset from Motorola. The E5 will definitely be a notch more in price than its predecessor with a 5 inch (16:9 aspect ratio) IPS LCD Capacitive display, 2 Gigs of RAM, a decent enough 3000 mAh battery and a 12 MP cam with the Moto dimple rear fingerprint sensor.
Exact price of E5 is not ascertained but it will be a decent enough set in the budget range of handsets. Now awaiting for the Motorola Moto line-up for launch let’s see how the products trend. 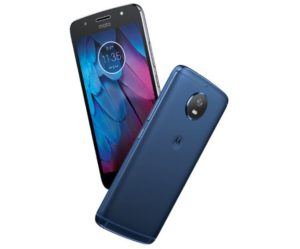