Nokia is ready to be a consumer brand again. Of course, to many, it never stopped. Even as its phone business changed hands to Microsoft and then to HMD Global, the Nokia brand never really died. So much so that HMD Global’s latest line of phones still bear the Nokia name, despite having nothing to do with Nokia itself. But it was its purchase of Withings that signified Nokia’s return to the consumer market. Now that time is here. As of today, the Withings name will be replaced by Nokia. And, to go along with this transition, Nokia is announcing three new products: a WiFi BMI scale, a soft-cuff blood pressure monitor and a revamped app.

Let’s start with that scale. It’s called Nokia Body and it’s a new addition to the existing line of digital Withings scales, which now carry different names: The Withings Body is now the Nokia Body Plus (it measures body fat), while the Withings Body Cardio is now the Nokia Body Cardio (it measures body fat in addition to cardiovascular health). Although the Body Cardio and the Body Plus cost more than $100 each, the new Nokia Body will retail for only $59.95 (£55), making it the cheapest scale in Nokia’s lineup. That’s because the Body only tracks your weight and nothing else. It does offer BMI (body mass index) insights, and of course it still has WiFi and Bluetooth so you can sync your data easily with the app, but it doesn’t have the sensors of the higher-end products. Still, at less than $60, it’s certainly one of the most affordable smart scales out there, and could prove to be a great entry-level product. 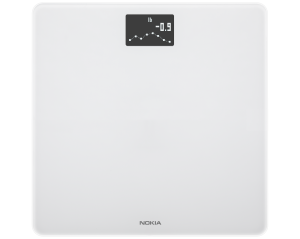 Next is the Nokia BPM+, which is a much softer and more portable version of Withings’ existing blood pressure monitor. While the older product has a hard plastic curve that you have to wrap around your arm, the new BPM+ has a cuff made of softer material. This not only makes it more comfortable to wear, but it also allows it to roll up into a more compact shape, so you can stash the BPM+ in your bag for on-the-go monitoring. According to Nokia, the BPM+ measures systolic and diastolic blood pressure and heart rate, and is both FDA-cleared and medical-CE-approved. The BPM+ will be available for $129.95 (£115).

Last but not least is the brand-new Health Mate app, which has been redesigned from the ground up to be the centerpiece in Nokia’s new digital health strategy. The app will work with all of Nokia’s new products as well as all of Withings’ existing lineup, meaning that previous Withings customers won’t be left out in the cold.

The first thing you’ll notice is that the app has a whole new minimalist user interface that is simpler and easier to use. Gone is the traditional menu system; instead, you navigate the app through five tabs at the bottom. You can view your timeline to see your progress, your latest synced data, a list of your different devices and your personal Nokia profile. But the most important improvement to the app is the addition of new wellness programs that are tailored to your personal health goals.

At launch, the new Health Mate app will ship with five such programs: Sleep Smarter, Better Body, Pregnancy Tracker, Healthier Heart and the Leaderboard. According to Nokia, these programs were developed by recognized health professionals to (respectively) help you sleep better, manage weight and fat mass, control weight gain during pregnancy, control blood pressure and simply get more active. Most of the programs last eight weeks, while others, like the pregnancy one, can take up to nine months. 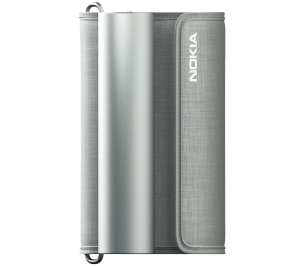 With the addition of coaching programs, Nokia hopes to provide actionable insights, which has so far been the missing link with most activity tracking apps. For example, if you’re having trouble losing weight, the coach might ask you to start a food diary. Or it might give you a specific task that week, like taking the staircase instead of the elevator. “This helps users reach their very specific goals,” said Cedric Hutchings, Nokia’s VP of Digital Health, who also happens to be the former CEO of Withings.

“Some people draw value from the feedback loop,” he said, referring to activities like step counting and calorie counting. “But we wanted to ask, what’s the next step?” He hopes that by adding these coaching programs, Nokia’s health products will reach a far wider audience than just techies who are obsessed with fitness tracking. “We’re building technology that fulfills human needs, not just for geeks or the health-obsessed,” he says.

It all adds up to a very important time for Nokia as it pivots into the digital health realm. Indeed, starting today, Withings as a brand is essentially gone. Withings.com will redirect to Nokia.com, and Withings products are now Nokia products. Every consumer-facing Withings touchpoint in the world will now have the Nokia name. The lone exception appears to be the Withings Aura sleep tracker, which is being discontinued. 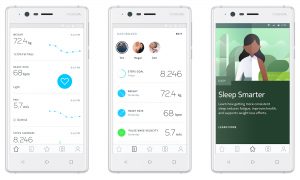 It’s a big change, but Hutchings is optimistic. “Nokia is already a widely known global brand,” he said. “The global awareness is hugely positive. We’re recognized for our trust and reliability.” According to Hutchings, when the company did consumer focus studies several months ago, 80 percent of those surveyed thought Nokia already had a digital health brand. “They didn’t even know about the Withings purchase; they just assumed Nokia was already in the space.”

Most of Nokia’s new digital health line, including the newly announced BMI WiFi scale and the BPM+, are available now from Nokia.com, Best Buy, Amazon and Bed Bath & Beyond, and are headed to retailers like Target, CVS and Apple stores later this year. The only exception is the Nokia Steel HR (previously known as the Withings Steel HR), which will launch later this fall.

Going the Other Way, Apple is working ...