Let’s just say you are a phone buff. In that case I’m pretty sure you will stick to your older model and make tweaks and upgrades for 2018. If you are a phone fan we at www.techreview247.com prepared a snap review – of brand that matters – for you after taking our sweet long time to go through every bit of architecture in these smart devices rumor-ically speaking. Check the posts on our website. It’s the device age be it phones or Tablets. Let me not drift away from the topic at hand. Yes, Smartphones for 2018 in a nutshell.

In Pakistan we are more focused at products imported directly by distributors who take up the challenging task of trying to make their brands top of the market. It is not necessary that you go for a UK release, a USA release or a PTA certified IMEI local market phone. More or less the models are all the same with a bit of tech and App variation. The product remains the same. For the uninitiated buying any model would be fine, if you do not want the maximum power from your handheld powerhouse and are happy with the way it goes.

Some brands this season are on a sure release date. Still you never can tell when a brand changes its marketing policy for a particular phone. Like rumors rolling in that some brands delayed from launching its flagship at MWC because of Samsung bringing in the market sweeping S9 and S9+. This could or could not be true but it definitely makes sense as Samsung has prepared some very strong promotions for their unbeatable line up this year. This year it is Clash of the Titans where it comes to technology and you better stayed glued to our website for more and more information as we get you all the info you would need for everything techy and then some. 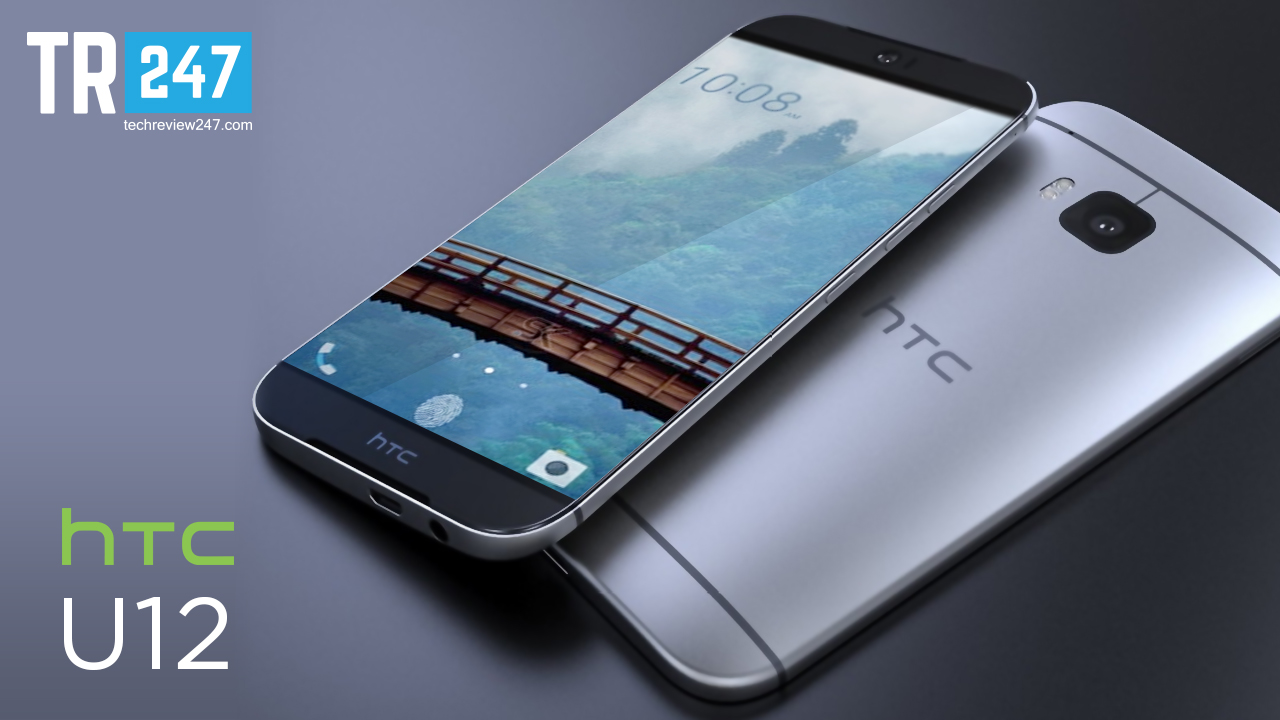 After a snap review of the HTC Eyes – refer to our article – we expect the HTC to launch its new ground-breaking U12. Although very little is yet known but what we know is that it boasts both a powerful enough processor with enough RAM to rock your needs.

However, HTC seems to be converging on the camera and imagery aspects of its phones. With now inducting dual cams round back for probably a Leica like setup with more cams and depth and as usual the sound quality booming out better and louder.

Hopefully we do expect a stereo wonder here from HTC. It would feature a decent enough Qualcomm 800 series chip set and a bezel-less front with – let’s see – a glossy mirror styled back or a brushed one, is what we get when they unbox the HTC U Flagship. It is after all a selfie and picture market they have to concentrate on. 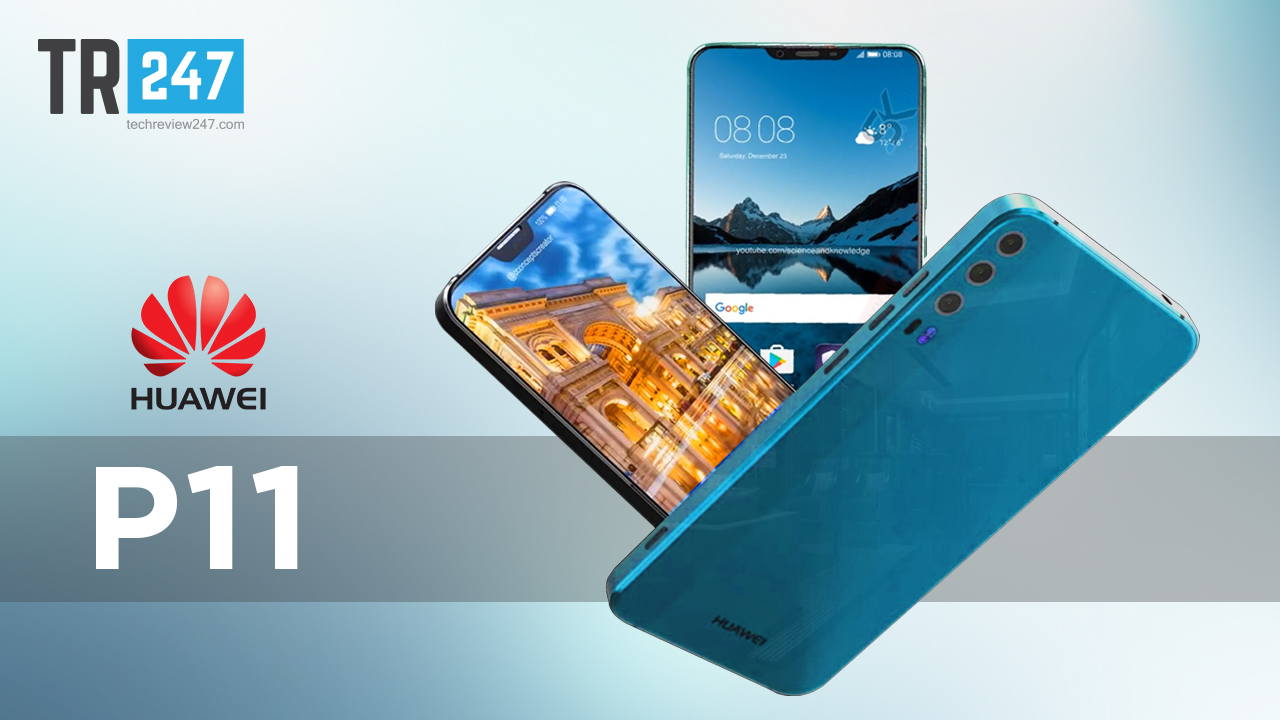 HUAWEI P Series – A notch Above

Remember when the American government made a ruckus about Chinese brand phones transferring data to servers back in China.  The South East Asian country politely responded that the background app was only intended for their market. Well that made a slight bump in sales of Chinese manufacturers in USA but its recovering. If there is one thing that a market cannot resist its technology and here is where comes in Huawei.

The Huawei P Series Flagship studded with a powerful Kirin 970 may not unveil their superior handset at MWC in February (Mobile World Convention). It is aiming to hit the USA market now After April, this year regaining their niche in that particular region the remaining 3 regions may not be a problem for the Chinese Tech Giant Huawei.

If not April then the right time would be mid-year sales market in USA while the rest of the world will embrace this flagship as soon as it is on the aisles and showcases. And why not? With an 18:9 aspect ratio full HD running Oreo with special multi-cam software from Google and lesser bloatware as we expect this year. 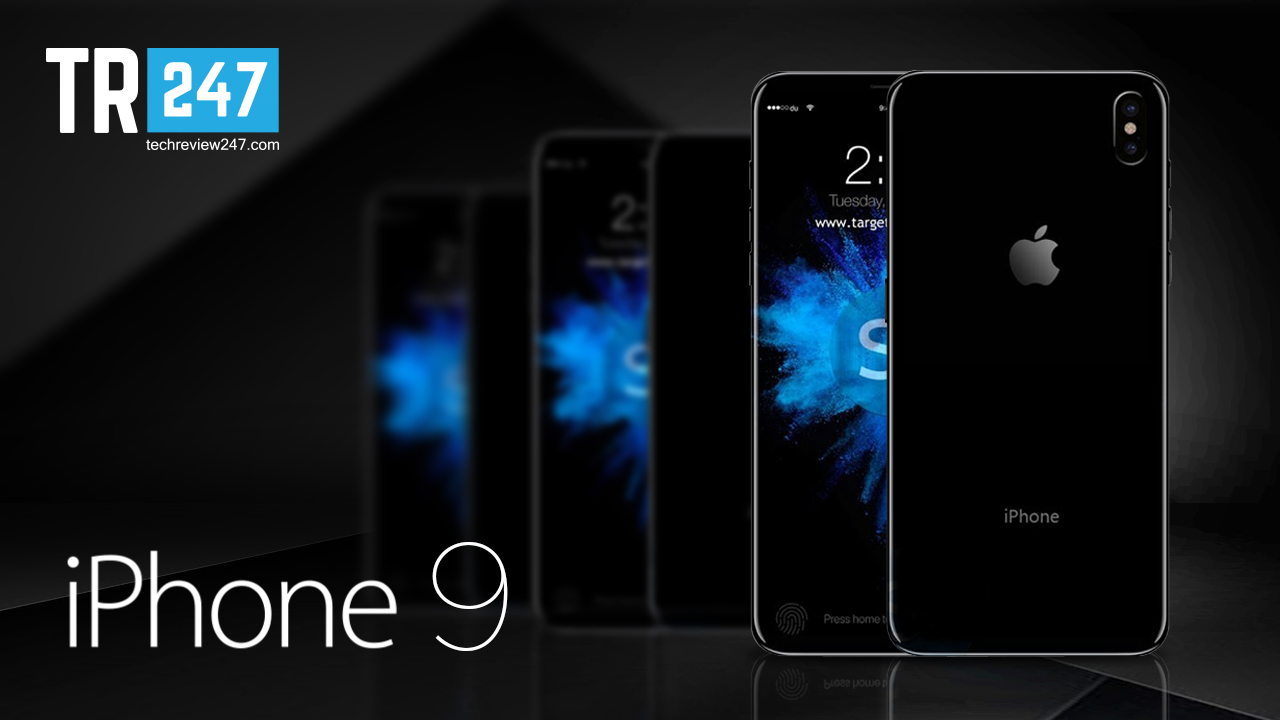 iPhone X Series and More and the Rumor Mill

The podium that iPhone had been dishing out its exclusive technology for consumers from, since many years seem to be facing a severely competitive scenario running this year. As Apple’s trend and tradition is to launch every piece of nugget or powerhouse with its logo on it from its Headquarters in an exclusive Event, it may still stick to the same for this year. Next year however, they may have to join the market because of their price trends.

The X revolution seems to have caught the reviewers with a frenzy but is it competitive enough to meet the expectations. Dedicated iPhone users will stick to the new launch coming out in September this year. But those who are not stacked with Apple accessories and need a much more affordable alternative may as well look elsewhere.

The latest in the series rumored to be unboxed anytime around September this year is in the series of X making it an 11 on the way in the numerical releases. X replaced the number in iPhone handsets. Many others followed suit. The awful X trend or the in thing is for you to decide. On the tech front the handset will be larger than its ancestor from last year (Apple’s religious tradition to stick to yearly releases). How about an almost 7 inches? Rumored, yes, but let’s measure it when it comes to town – a few millimeters here or there.

Face recognition on the new iOS seems to be an attractive feature that many regular users would want enhanced. However, be it Fingerprint or Iris or Face Recognition, absolute security is no guarantee nowadays. The top non-ergonomic area will be taken care of, making a better shell. Better architecture is already rumored to be on many ‘rumor websites’, leaks and spy-shots which we aren’t confirming till actual pre-release shots unboxed come in. but still, it is thrilling with VR, AI and features to make your life a wireless wonder. 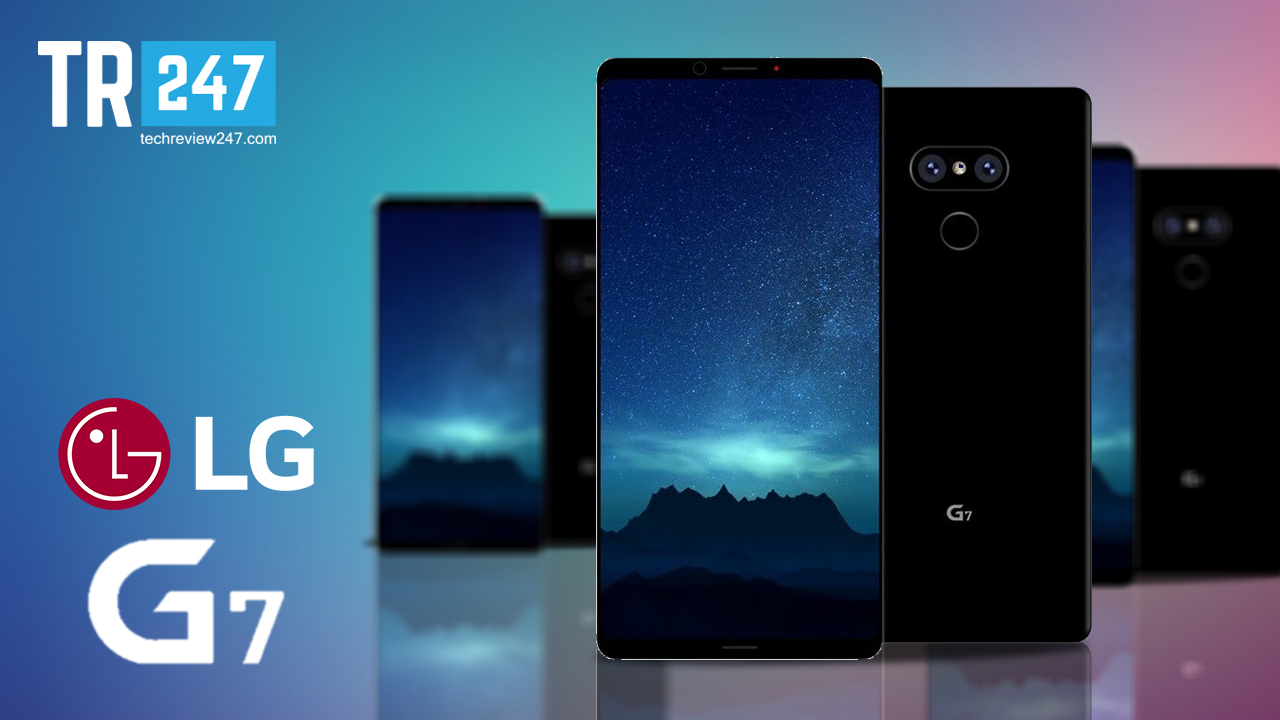 LG has been shying away from MWC now trying to make up for the lost chip set run last year. This year perhaps LG will display its class screen resolution and a Snapdragon latest chip set featuring a FR UI featuring its popular display for the public. After all iPhone is now using LG screens for its phones.  As the rumor mill goes LG will have a couple of releases aimed this year instead of the yearly one similar to that of HTC. Upping their GPUs and Chip set to go along with high end User Interfaces and Operating Systems. LG is aiming once again to come out of the bog it got stuck in for a bit.

MWC may see the launch of their flagship popular online everywhere. However, if at the last moment they do pull their stall out, is another story altogether. 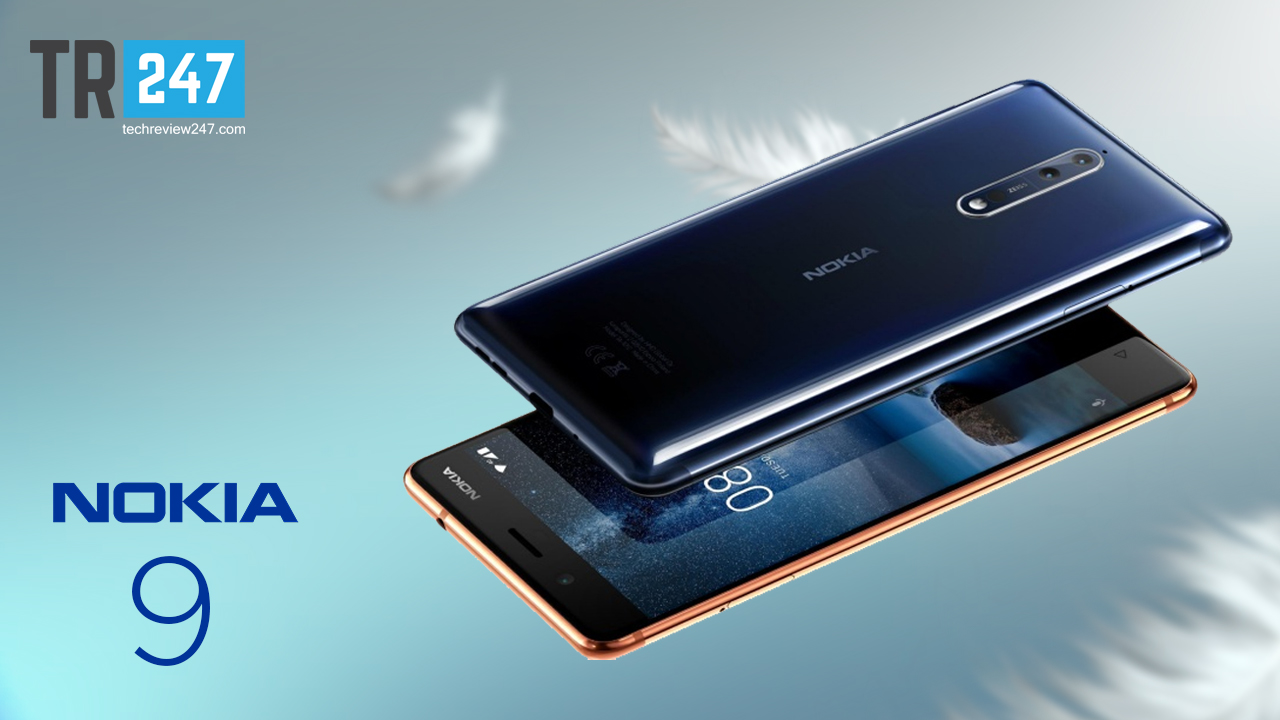 Nokia 9 – The Past Meets the Future

Not much can be said about the buyer response till the handset is unveiled at the Convention. Surely it will be in the good contender list and may be worth a buy like Motorola’s G series budget phones. 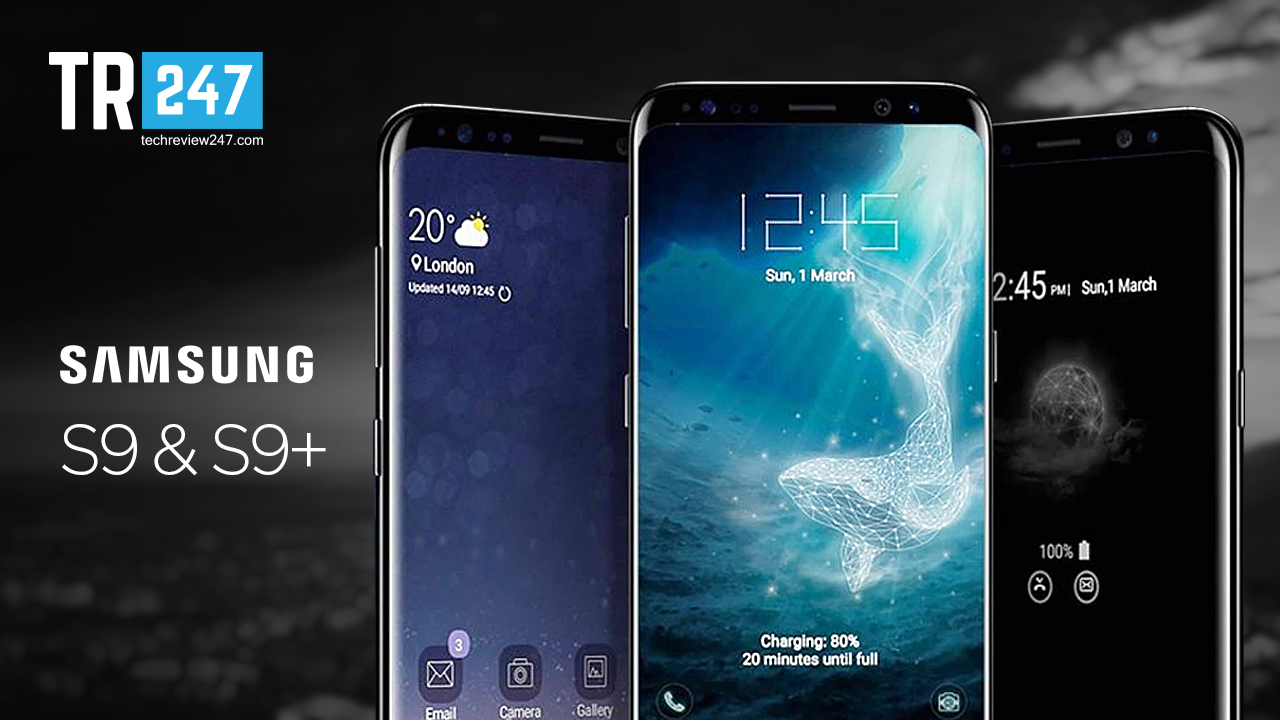 The Korean giant with its fingers in to every form of technology similar to Google’s advancement strategy seems to have filled the forums and news sites with its true or false news approach for the upcoming flagships release at the MWC. The strategy is so sound that that it may be hard for you to differentiate between fake and original leaks. Leaks after all are leaks and are aimed at dousing competition’s dreams.

Samsung since a few years have been only too successful at it. However, the flagship S series by Samsung will utilize the best from Qualcomm’s much more expensive and high end chip sets and may exceed iPhone’s Facial recognition and Iris scanning. They can afford to surpass many other brands where UI is concerned and they may along with ‘foldables’ come straight to capturing the MWC. No wonder that some brands shy away from such stalls like Samsung’s which will gather all the crowd not to mention the clout.

Let us see what MWC truly unrolls shortly and all the excitement will turn into a budget-centric mindset. Happy buying!