Mobile
Home›Mobile›Xiaomi Mi 5X gets approx. 140,000 Registrations prior to Flash Sales in less than a Day

Xiaomi Mi 5X gets approx. 140,000 Registrations prior to Flash Sales in less than a Day

As Xiaomi has earlier sent invitations for a launch event of Mi 5X along with latest Android skin MIUI 9 on 26th July. It now seems that the fans of Tech giant Xiaomi have already gone berserk with the anticipation of Mi5x. According to reports from China that the official store of Xiaomi has received more than 140,000 registration now in less than 24 hours. 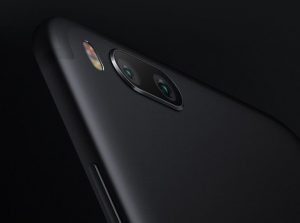 It is interesting to note that the Xiaomi Mi5x hasn’t been officially unveiled yet by the Tech giant and there are still no confirm news about the exact technical specs. The reason behind such early registration frenzy can only be attributed to the anticipation of winning free Xiaomi smartwatch or Mi5x itself.

Jazz Embraces LEVER, a Top of the ...